Resources for
The Heart of Mysticism: Volume VI

2. A Lesson to Sam
No tape source known 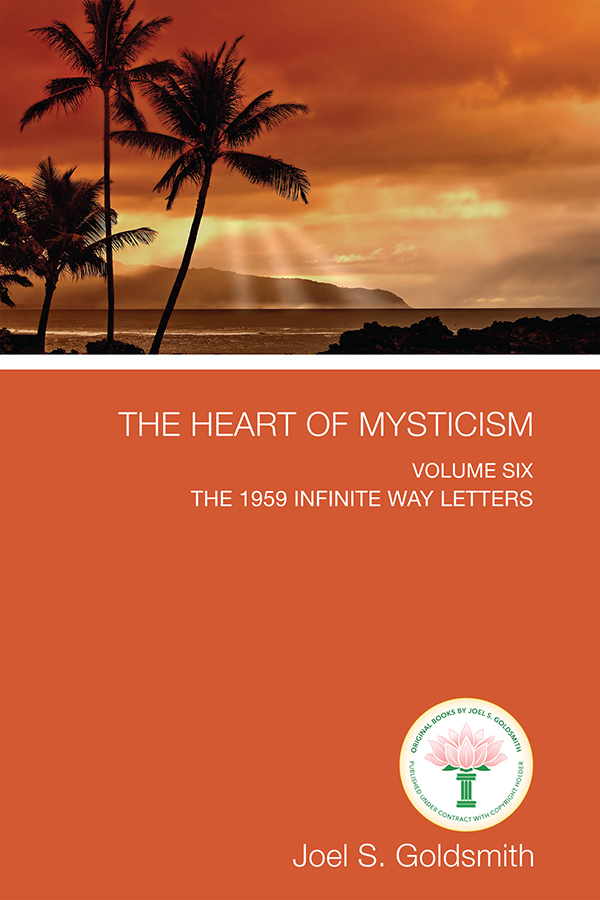 PAPERBACK
$ 16.95 USD
This product is out of stock.
Product is not available in this quantity.

The Heart of Mysticism: Volume VI

Beginning in 1954, Joel wrote a monthly Letter as a specific teaching tool for his students and felt this was his way of remaining in touch with those who sought his guidance in all parts of the world. He could not emphasize the importance of these Letters enough and stated in one of his final classes that:

The books of the Infinite Way Letters 1954, ‘55, ‘56, ‘57, ‘58, ‘59 and then Our Spiritual Resources created from the Letters of 1960 and The Contemplative Life created from the Letters of 1961 are as important as any books we have, if not more so, because here you get in every chapter certain principles and their application so that you can always go to those books and find a working tool.

Although all of Joel’s monthly Letters after 1959 were eventually published as individual books with specific titles, those considered among the most valuable—the 1954 through 1959 Letters—were not. Acropolis Books is pleased to present a six-volume collection of these invaluable Letters entitled The Heart of Mysticism.